One of the really fun parts of doing something like this is when you get to find hidden gems with awesome people and some bomb food. That’s the case with The Wood Shack and I couldn’t be happier that I checked this place out. Hidden on a side street in Soulard, they feel like this great secret place that you just know has to have some bang behind their food. They’ve got these great picnic tables outside with pretty little flower planters to really give it a warm and inviting vibe. Once you walk in to order, the kitchen is just to your left giving you a cool view of your food being made (I love watching people make food, as you’ll come to learn). You order from the big chalk board, (always a good sign) and pick a seat either at the high top or the long farm table. The silverware is in buckets for you and the napkins are paper towels, because lets be honest, this is gonna be messy and wonderful.

And then the food came out! Now, generally I like to talk to the people and ask them what their favorites are, what they think looks the prettiest, and what they would like you, the reader, to know about. Sometimes I also just see something delicious and drop hints about it, asking if that would look good too. (Like anything really bad for you will ever look anything less than amazing?) 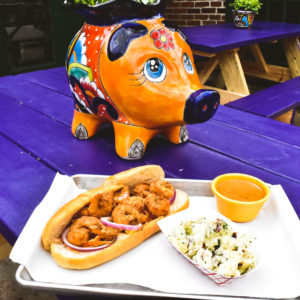 So what we’re looking at here are two great examples of hot sandwiches and something extra that you just can’t pass up. First up, we’ve got The 1862, which has a pulled chuck roast, white pimento cheese slaw, tomato, onion, fried okra, and their “debris gravy” on a french roll. This debris gravy is loaded with bits and pieces of the roast and ties everything together in the best way. I would put that on a piece of toast and be stoked about it! I paired that up with their house made pork rinds and they were out of this world. Next, is The Delgado which acts as their Po Boy. Under the huge bbq shrimp and onions there is a pimento slaw and barrel aged Worcestershire all on a french roll. This comes with a creole bbq butter sauce and we paired it with their smoked and creamy potato salad. Not being a huge potato salad person, I was very surprised to be a fan of theirs, but the smokey element really amped it up, and I might have added a bit of that debris gravy… because I have a problem. 😉 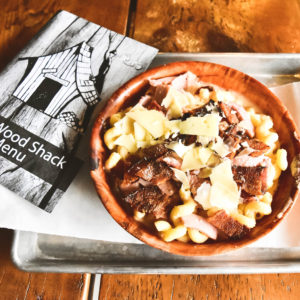 Saving my favorite for last, it’s time I talk about this mac-n-cheese. I really want to go back and try it with all the different variations, pulled pork being first on that list, but I got mine with ham and peppered bacon. The 3 cheese blend, giant shavings of Parmesan, and beautiful bacon really amplified this to be the uncontested favorite. I might be biased as a lover of all things covered in cheese, but it really stood out as the best mac that I’ve ever had. The thick cork screw pasta would get filled up with the velvety cheese sauce, and a crunchy piece of bacon would sneak in there with the cheese coated ham. It just had such an amazing balance for each bite that is so often lacking in other macs. Now, they give you the option of putting pulled pork, smoked chicken, turkey, ham, peppered bacon, pork rinds, prime rib, and shrimp in the Mac, so there really are so many ways to customize it for your tastes.

Looking back at the menu, I found about nine other items that I just need to try, but that will have to come in time- as I really can’t handle eating three entrees again for a while.. I’ll just have to give it a few days and run back there again! So check them out and you’ll be in on my little secret spot for some of the most loved and drool inducing food in St. Louis. 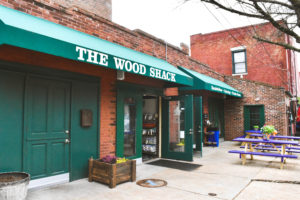 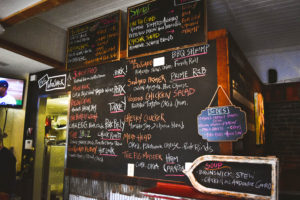 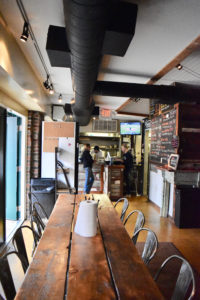 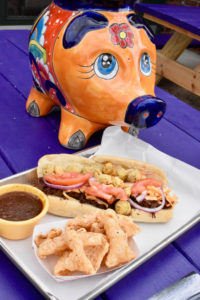 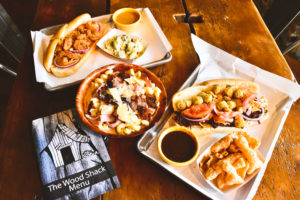