The Dish on Your Dish – Wang Gang Asian Eats 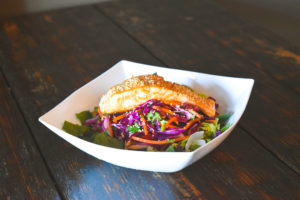 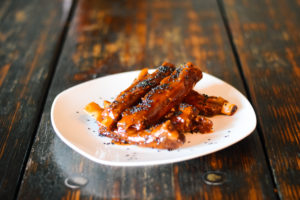 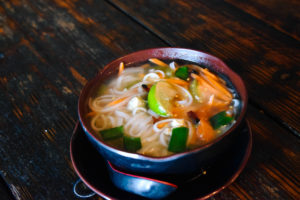 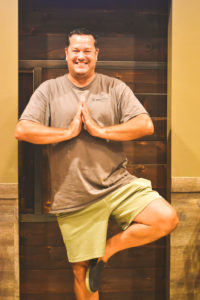 Ryan O’Day is the owner and operator of Wang Gang Asian Eats in Edwardsville, Illinois and is also… an avid yogi. Originally from Kenosha, Wisconsin, he moved to Edwardsville for his wife and in-laws. While he’s a Cards and Blues fan, he appreciates the Blues just a bit more as there’s simply more action. When confronted with beer and wings or wine and Brie, he’d prefer the wine and Brie. His favorite thing to cook would have to be grilled steaks with a cigar in his mouth, and his favorite food to eat is sushi. His favorite stereotypical STL food is toasted ravioli and if he could only eat one thing for the rest of his life it would be a solid burger. He hates poaching eggs (preach!!) and would go to India if given the chance to go on a food inspired trip. The chef he admires most is Ed Heath and if given the chance to cook for any celebrity, he would want it to be Gary Coleman (Gordon Ramsy being a close runner up). His advice for anyone who wants to pursue the culinary arts is patience, perseverance, and that failure doesn’t exist. If something doesn’t come out the way you want it to, just try again. Keep your eye on the prize and ask yourself if this is what really makes you happy. If it’s not making you happy, then switch things up!